Rincón de la Victoria is a municipality in the province of Málaga. It is also the municipality with the highest well-being in Málaga province, according to the Synthetic Indicator of Economic Welfare developed by Andalusian Analysts. Located in the eastern part of Costa del Sol with nine kilometres of beaches, a subtropical climate, and a lively seaside promenade – it’s the perfect place to have your holiday home.

The municipality hides many historical sights and is one of the places in Málaga province with the earliest presence of man. In the caves of Cueva de la Victoria y Cueva del Tesoro, there is evidence of humans dating back to the Middle Paleolithic and Upper Paleolithic periods. The oldest settlement is a Phoenician settlement from the 7th century BC. In the 8th century BC, the Phoenicians settled on the Benagalbón hill, which the Romans later took. The ruins of a bath complex, traces of a garum factory and a luxurious house remain there. The fortified city was named “Bezmiliana”.

Thanks to Pliny the Elder and the Spanish-Muslim geographer and cartographer Muhammad Al-Idrisi, we know of the fort built to fight off attackers at sea in the first century AD. In the times of Al-Andalus, the town became important, acquiring the status of a medina. Around 1400, the Nasrid ruler Yusuf I had several lookout towers built along the coastline.
Eventually, the Muslims fled, thanks to the Christian troops from Vélez-Málaga. People were drawn to repopulate the area but were ultimately driven away by the endless invasions from the sea and the plague. To reinforce the defensive system, Fernando de Uncibay converted the main mosque into a fortification of which the cistern, the base of the minaret and the bottom of the Christian bastion were preserved.
In 1571 Filipe II constructed two watchtowers on the coast. This construction gave name to the Torre de Benagalbón (Tower of Benagalbón).
The municipality entered a decline phase until the 18th century when King Charles II had the lookout towers, and the Bezmiliana Fort rebuilt.

The extensive coastal construction paved the way for a new population living off the fishing trade. The name “Rincón de la Victoria” came from the Convent of La Victoria, founded by the Minims. However, it didn’t come until the mid-20th century, even though its population had been larger than Benagalbón’s for decades. 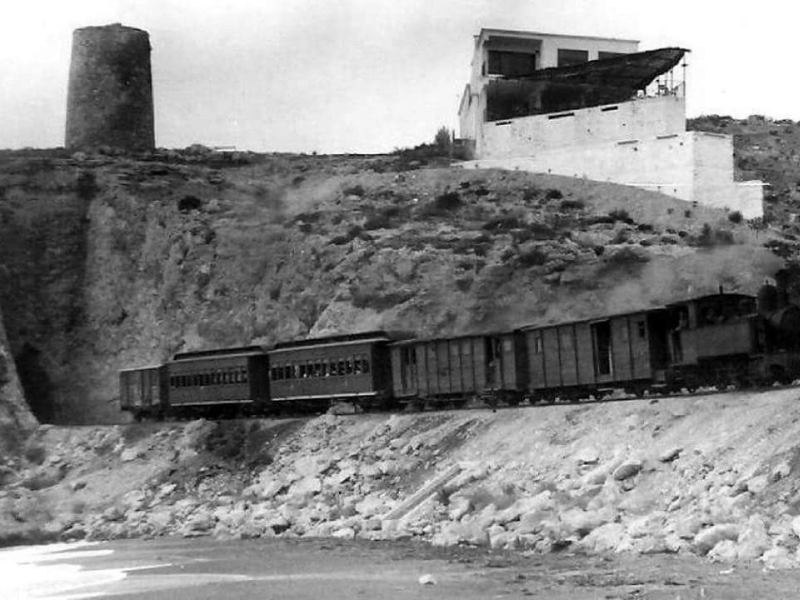 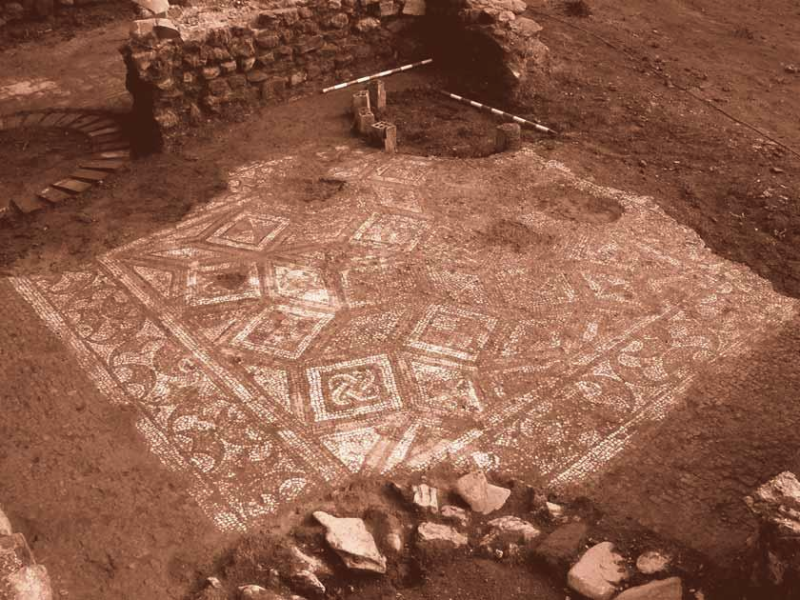 Many Spanish families spend their summer months along the coast and have their holiday home in Rincón de la Victoria. The area becomes very popular in the summer months of July and August. The winter population of just around 50.000 almost triples during the summer season. The rest of the year, the municipality retains a laid-back atmosphere but still offers a variety of bars, restaurants and nightlife.

All the small towns of Rincón de la Victoria are popular residential areas for people who work in Málaga but ultimately want lovely sandy beaches that are easily accessible when they wish to wind down. Málaga airport is only approximately 31 km away, making it easy for tourists to get back and forth. It is possible to get to and from the airport by public transport, but the easiest way is by renting a car or getting a taxi. A taxi ride costs around 40€, but the price depends on the time of day you arrive/depart. You can also rent a car from one of the many car hire companies located by the airport. A personal favourite of ours is Helle Hollis.

Public transport is the cheapest option if you want to save a bit of money. You can get the train from the airport to Málaga centre and hop on a bus to Rincón de la Victoria. The buses leave Málaga every 20 minutes, so getting to and from the big city is easy. Bus M-160 is the recommended line. 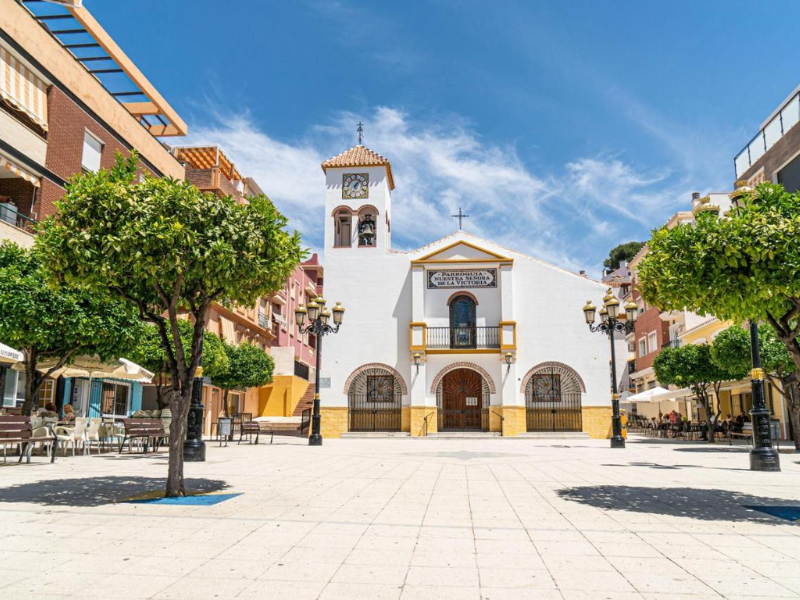 You’ll have no problem with your Rincón de la Victoria shopping needs. The town has many shops available for all its habitants and tourists. Walking around the streets of the cities you’ll find lots of smaller, local shops which can cater to most of your needs. Your shopping possibilities include supermarkets, pharmacies, ceramic shops, shoe- and clothing shops etc. This way, you support the local community. If you’re looking to shop for more national and international brands, take a trip to “Centro Comercial Rincón de la Victoria”, a mall located just on the outskirts of La Cala del Moral. It is easily accessible both on foot and with public transport. The shopping centre has shops like Carrefour (a popular supermarket), Kiwoko (an animal shop), Kiko (cosmetic), Primor (cosmetic), Stradivarius (clothing), Springfield (apparel) and Sfera (clothing). There is also a giant cinema and a variety of restaurants. If you drive to the shopping centre, you’ll be pleased to know that more than 3000 parking places are connected.

Nine kilometres of coastline and four beaches are the primary natural resources at this destination. You’ll find the most popular and most visited beaches in Rincón de la Victoria and Cala del Moral. The beaches of Torre de Benagalbón and Los Rubios are more peaceful. 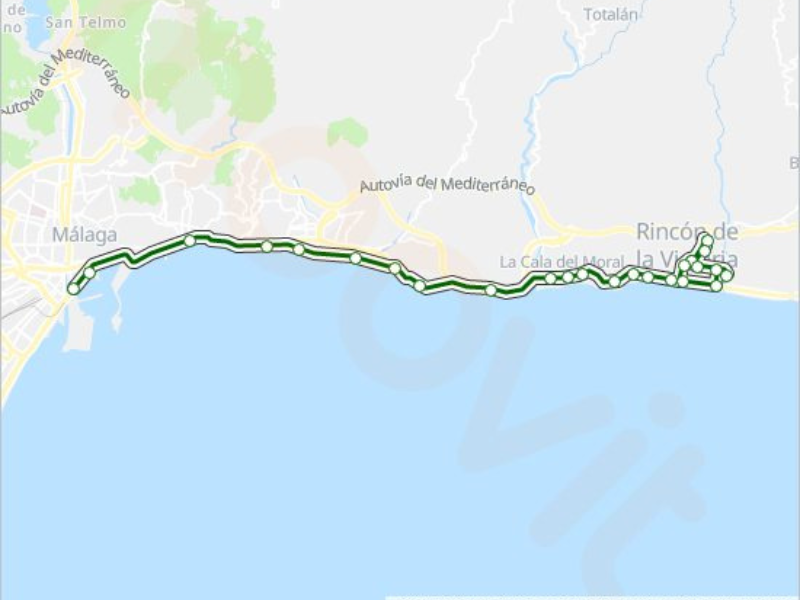 Originally just a fishing village, Rincón de la Victoria is now sprawling with life and multi-story buildings. Tourism has contributed to the town’s prosperity and is one factor why the population continues to multiply. The tourists love the area as they can find many upscale hotels, bars and restaurants, and beautiful sandy beaches.

Like most of the cities on Costa del Sol, Rincón de la Victoria’s towns are filled with beautiful whitewashed houses to better keep the heat out during the hot summer. Walking through the small towns, you’ll find many narrow streets and alleys, beautiful floral decorations on most of the white houses, local green parks where a lot of the population likes to relax during their siesta or weekend, and friendly, welcoming local Spanish people. 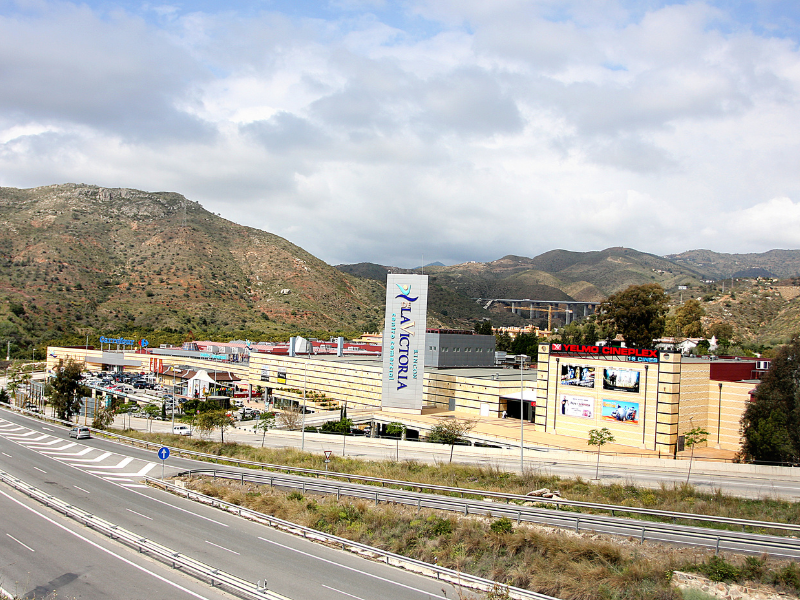 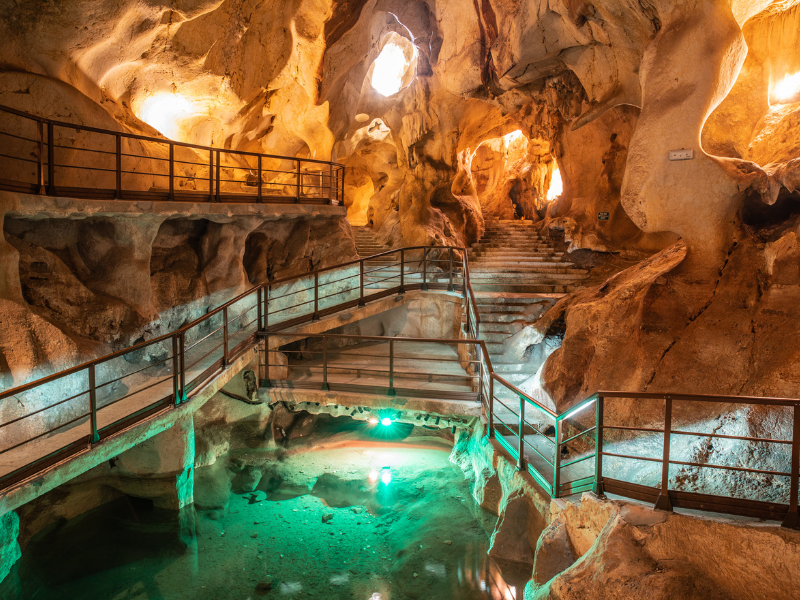 Cueva del Tesoro, located between La Cala del Moral and Rincón de la Victoria town, is the only underwater cave in Europe and one of the three known worldwide. The formation of the cave happened during the Jurassic period. The cave, made of limestone, emerged from the sea over time due to the mix of fresh- and saltwater from the nearby Mediterranean Sea. The cave is called Cueva del Tesoro (The Treasure Cave) but was initially called Cueva del Higuerón. The “treasure” name comes from the legend that a treasure is hidden inside. During the first half of the 19th century, Antonio de la Nari from Switzerland searched for the prize for more than 30 years but never found it. He died in an accident in the cave while trying to open a new gallery using dynamite.

The cave is, as expected, a top-rated tourist attraction. It is open all year round between 10:00 and 17:00 (a siesta included, so check hours online before you plan your visit). During the summer, the attraction is open until 19:00. Tickets start from € 2,75 for children over four years old and € 4,65 for adults. Children under three enter for free.

The cave was where ancient inhabitants lived together for thousands of years, and different cultures passed through. Many remains are associated with Prehistory inside the cave, like cave paintings from the Upper Paleolithic period to the Neolithic period. Some are older than 30.000 years, whereas others are more recent and “only” 5.000 years old. Based on finds from 13.000 years ago, it is assumed that part of the cave was a burial site at one point.

The cave tour lasts about 2 hours, taking you back in time on a unique and privileged route.

Due to the activity being typified as Active Speleological Tourism, it is recommended to be over ten years old and under 70 years old. It is also suggested not to have any mobility problems or claustrophobia. Tickets are between € 13,75 and € 16,50. 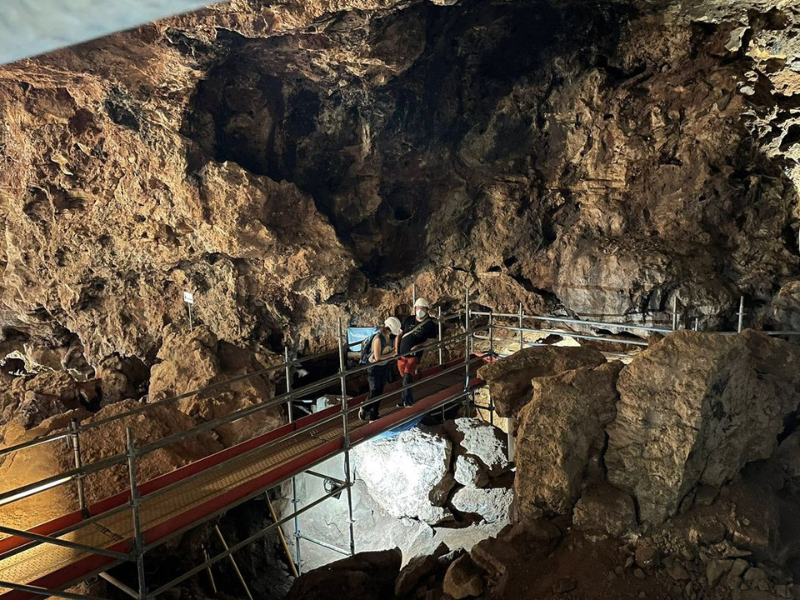 Casa-Fuerte de Bezmiliana is an essential sight in Rincón de la Victoria. This military house was built in 1766 by King Carlos III to defend the coast from the English and Dutch pirates. Álvaro Mendiola started renovating the property in 1992, and it is now possible for tourists to visit it. In front of it, there is a large garden with a beautiful fountain and a statue of Europe. Cultural exhibitions, activities and shows are often held at the house.

It is possible to visit the monument every day, but the opening times change from season to season, so it is a good idea to double-check the times here. 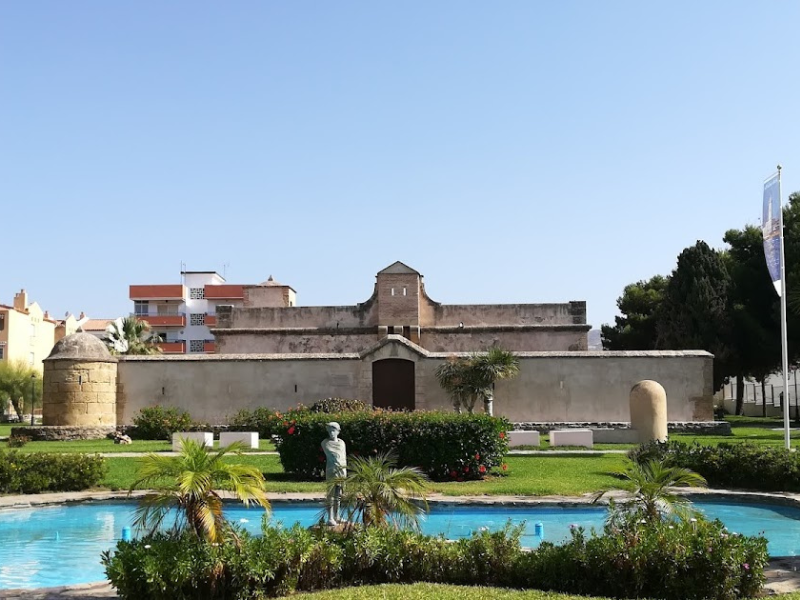 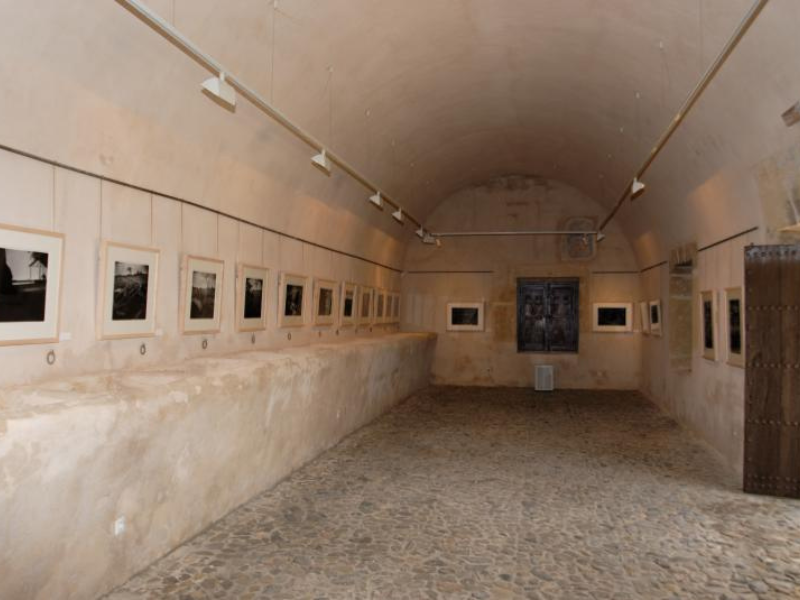 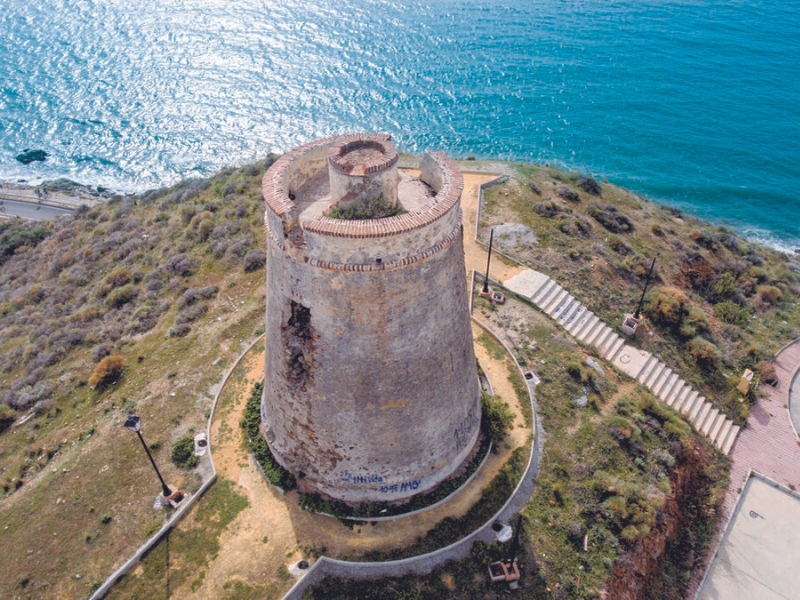 Bars and restaurants we recommend:

Most Rincón de la Victoria restaurants specialise in seafood. The seafood has uniquely delicious flavours due to the water exchange between the Atlantic Ocean and the Mediterranean Sea. Some say this part of the Mediterranean Sea has a wide range of fish and other edible sea creatures.

Our top recommendation is Mulse restaurant and bar right next to the beach, providing spectacular views over the Mediterranean Sea. The restaurant specialises in seafood but also offers a range of other incredible dishes.

Mulse is also a bar that specialises in beer. On their menu, you will find no less than 20 different beers!

We recommend reserving a table as it usually gets jam-packed. 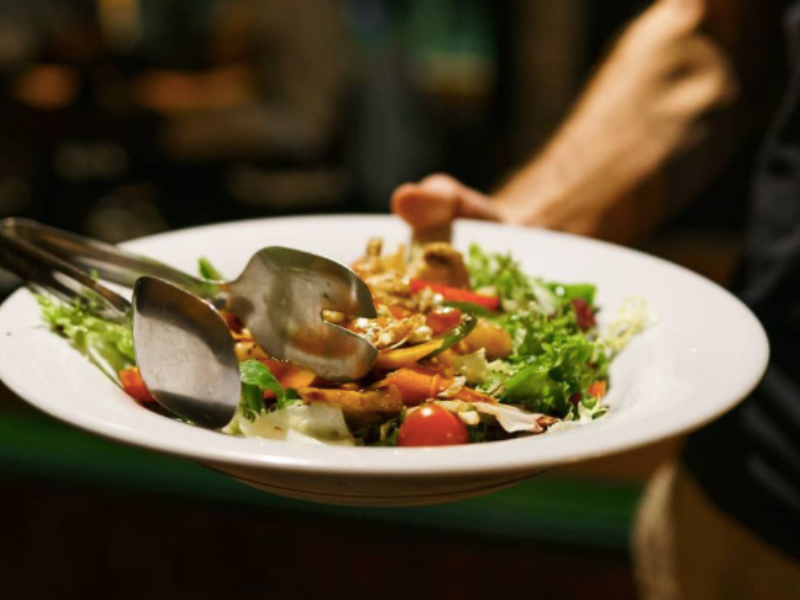 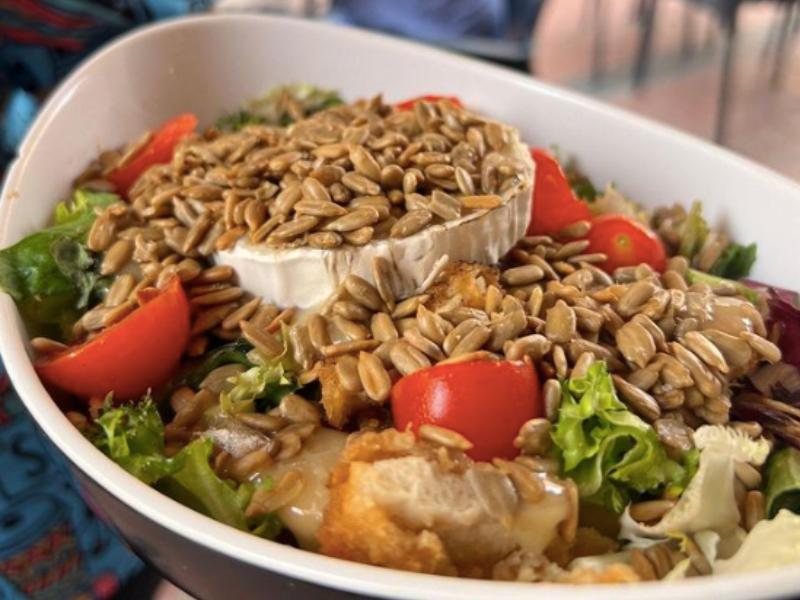 A fabulous tapas restaurant, highly recommended by locals and tourists. It is owned by two brothers carrying on their father’s legacy.

Casa Antonio Tapas is a restaurant with flavourful Mediterranean cuisine where you can try things such as cod, octopus, croquettes, and other delicious things.

The same owners also run La Viña de Antonio, a restaurant/wine bar specialising in meat and wine. You will always have a minimum of 6 varieties of premium meat and a varied wine cellar with wines from all over the world.

This restaurant is known for its impeccable service and friendly staff. It is another restaurant with many great reviews stating that the food selection is excellent and the food quality is fantastic. Prices are cheaper than in other places, but it is still well worth a visit. 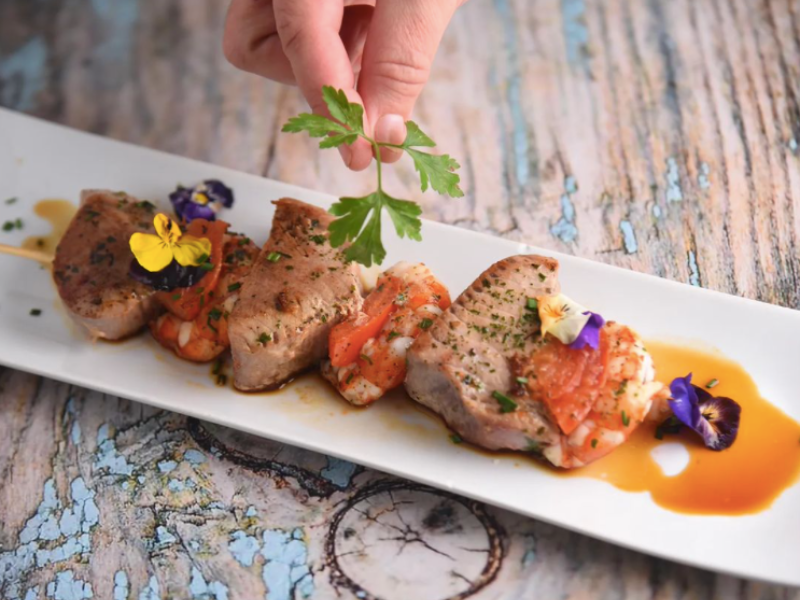